During the two-day programme of the project PARKing – Joy of Movement, one of the most beautiful parks in Zagreb became a place of exercise, sports, recreation and good fun in the fresh air. It was attended by numerous citizens and celebrities.

Zagreb, 15 September, 2013 – Over the previous weekend, a great number of citizens and celebrities came to support the project PARKing – Joy of Movement by doing exercises, socializing and having a good time outdoors. The aim of the project is to encourage people to spend time in parks and outdoors, do exercises and lead healthy lifestyles. The organizers are Coca-Cola HBC Croatia together with EX-ALTO. The major events of the project were a new edition of the city race Urban Challenge, the programme PARKing and the aerobic convention in the open which was organized for the third successive year.

At Bundek on September 14th and 15th, during the two-day programme, the citizens of Zagreb were able to participate in various sports and recreational activities that promote exercise.

The programme, among other things, included free classes of zumba, belly dancing and Nordic walking. Citizens were also able to participate in some more exotic exercising activities, like Masala Banghra which is based on an Indian folk dance, or to try Bokwa for the first time, a new exercise whose popularity is still growing.

The organizers’ wish was to present the public with many different sporting activities and exercies in order to make exercising interesting and attractive. In this way people would realise that healthy and active lifestyles can be simple and enjoyable. This view is supported by the recommendations in a special booklet called Joy of Movement which was issued for the project. The booklet was distributed to all participants of the project, and it will be available in the new issue of Men’s Health magazine and on the website of Coca-Cola HBC Croatia. The project was supported by the Faculty of Kinesiology, University of Zagreb, for the second consecutive year.

The aim of the project, which is hoped to spread to other Croatian cities and even outside Croatia, is to make 20% of Croatian population active by 2020.

The project PARKing – Joy of Movement attracted a great number of the citizens of Zagreb. There were trainees who came to experience something new, passers-by who decided to do some exercise, parents who brought children to organized activities, all who spent pleasant and active moments in the open. Mario Valentić was in charge of the sports programme, while many celebrities came to support the health and movement project, such as presenters Marijana Batinić and Korana Gvozdić, actresses Marijana Mikulic and Kristina Krepela, singer Žanamari Lalić and swimmer Alexei Puninski. 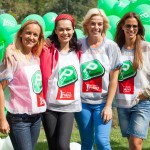 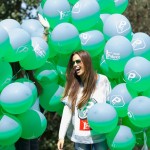 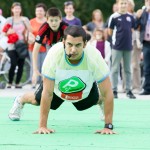 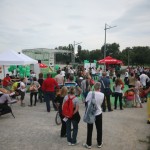 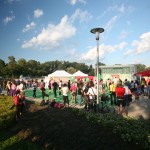